Yesterday, I was short AUDUSD ahead of the Lowe’s speech. Yet did I expect that the Fed’s non-meeting FOMC created large shift in positioning in TYU7 and therefore the real rates TIPS or inflation expectation expressed from the YTM curve. Along with those who are shorting US bonds given “relatively soon” QT and higher YTM expectations, a shock came when inflation expectations was revised downwards (Yes, if you are ahead of the curve, last 4 months inflation was below expectations, despite Fed’s own part of thinking that Philip’s Curve rule will stand true and strong, going ahead of the curve to hike. While large “block trades” on TYU7 are signs of reversal, not correction, will it persist? It well may i.e. USD may continue falling pass it’s weekly 200ema, given current positioning is light i.e. positioning differentiates if a view is conventional or unthought of. But will this pan out, given that expectations of USD weakness due to weak inflation has been agreed by the Fed when the market has all along not been believing that inflation is picking up? Sadly, a profitable trade turned sour and bad. A lesson to be learnt.

Yes, Yellen is like Cercei Lannister who secretly bombed all her rivals with wildfire.

I admit my mistake above and I’m reflecting here. I short AUDUSD at 0.7930 and I close my position at 0.8050. Now as I write, it has fell back to 0.7960. Eh???? FYI, DXY fell to its lowest at 200ema weekly, at a very strong support “yet to be tested” since end Nov 2015. So will trade weighted US dollar bounce off support? Or will DXY persist its downtrend as it did in from start of the year 2002? Or worst still, if the market doesn’t have a consensus expectations of DXY, will someone challenge to test the level to call out defenders?

My thoughts: I believe there should be some defenders at current near prices, given we are hiking unlike Jan 2002 when FFTR was cut from 175bp to 100bp. Given that the Fed accepts the fact that low inflation is here to stay and that the market has priced them now, it would be easier to beat expectations in months to come, and that’s bullish for DXY. However, that said, things could be worse if inflation did not improve given being shorfall of expectations the last 4 times. Market followed reality accordingly and long TIPs each time. What’s more, QT is coming.

DXY shorts are picking up fast, AUD is at its position high. Was I wrong in shorting AUDUSD? No for AUD, Yes for USD as my base currency. I should have chosen another base currency such as CAD where both are related to commodities influence on its price i.e. oil, steel. Furthermore, a carry against lower yield base such as CHF, JPY makes better choices given their unchanging OIS curve.

Yes, CAD has been net short since 2013 reflecting the persistant uptrend in USDCAD. Despite a sharp devaluation in USD against CAD, it merely closed its shorts and flip to a small net long. Shorting AUDCAD bodes well if AUD positioning scales down to neutral as Lowe talks down AUD later and CAD net long increases on US political division. Of course, besides policy rate as transmission to all dependent rates, rates on housing in particular has been rising ahead of policy rate. This relaxes the pressure on Lowe to affect all transmission with the help of a targeted rate, advantages of a small, manageable economy.

Yes, there is a tendency for human minds to catch a falling knife by knee-jerk reaction out of protecting your foot. Should we catch the falling knife or move aside? Hm… best answer? Catch it only when you can reach it, otherwise, wait for it. Be patient for the right price. Price is that one step closest that matters all the world to your bottom line.

This relates to: why is discipline all important for anyone trading? Get a right price to reduce drawdown, a good price means small drawdowns, and most importantly, stay in the game. If its nowhere near any support or resistance, i.e. parallel only or with drift S-R, should we hit one side on the order ticket and be exposed immediately or wait? That depends on the speed of the trade flow, you need a second nature pulse for such flows. If you don’t have such ability, its better to wait and follow for the market to tell you so.

However, identify the environment first before playing your tactics. Are we in a risk on or risk off environment? Is the market trending (sticking to the momentum, not their ideas) or ranging (waiting to confirm their vision, carry earning term premium from rolling forwards)? The market won’t be confused. A common misconception here is the difference between “Tactics” and “Strategy”. [Comment below if you have a better way of phrasing them]

A side digression here, is related to my frequent reliance on Twitter for market news. I realise that there are many doomsayers and permabears who stick to their views for a period feeling like centuries. Its a sticky expectations that don’t know the limits of when they are wrong. Ask yourself a checklist each time you believe something they push forward: Are they jumping into some conclusions based on some unfounded assumptions? What are their thought process and the flow of their arguments leading to their conclusions? Is it sound?

Aristotle once said, “It is the mark of an educated mind to be able to entertain a thought without accepting it.” So next time someone pushes an idea to you, WAIT AND THINK!

If we already have a position expressing a tactical (near term, present) view and someone proposes an against argument, how should we know whether to stick to our tactical view? On one hand, it takes time for the position to turn profitable, but on the other hand, there’s no virtue in sticking to a plan merely because it’s “the plan”. So here is a five-step plan to figure out when to pivot and when to stand your ground and hold your positions tight.

So. . . stick to the plan, or change It? Do not revise your plan glibly. Remember that some of the best strategies take longer to implement. Remember also that you’re living with the plan every day; it is naturally going to seem old to you, even boring, long before the target audience gets it. There are no best practices or easy formulas to apply. You make these decisions based on the specifics. But do it well, and your performance will see improvement.

Theories dictates the asset classes you wish to be exposed or avoid i.e. asset allocation. However, in trading, price is of utmost priority before fundamentals. The best entries and exits levels are higher highs, higher lows, resistance turned support, vice versa, and its an art of picking off the charts which are tested most. When “a buy on dip mantra” is so ingrained into traders, whether they hold bullish or bearish views, it doesn’t pay to fight the trend. If it doesn’t break, its not the end which many doomsayers out there likes to argue it is near. The endgame, which means a reversal of trend, takes a long time to pan out, it could just be a start of a bubble when doomsayers blow the whistle that a bubble is about to burst. A bubble doesn’t burst just because many people says the bubble is bursting. If that’s been the case, all whistle blowers would be rich now! So does this mean you should always be contrarian to crowd views? It really depends on whether all the participants in the game believe in that thought, or are sticking to an alternative view of reality. When it comes to actual trading, I doubt there’s any time to refer to charts. So stick to the key levels which you should prepare the day before.

If you simply refuse to use TA and solely use fundamental analysis, a conditional statement such as a wait-and-see stance like “until debt ceiling issue have been settled or GOP healthcare have been passed..” or a trigger like “unless inflation expectations in US rise…” provide some reference dates and perspectives on the time horizon of the position you are holding. So, in summary, you need to know when your “theory” are out of the sync with “reality”, in dimensions of time or price, or both. Having both, an expectations of volatility and price range within the holding horizon is recommended.

Yes, winter is coming… Fiscal policies have started taking place (updated: failed miserably w/o supports), Fed has wise up to reality, the road back to political stability could well be happening (you know what I mean). Large changes in allocation might be coming. Note the block trades. Its time for high alert. 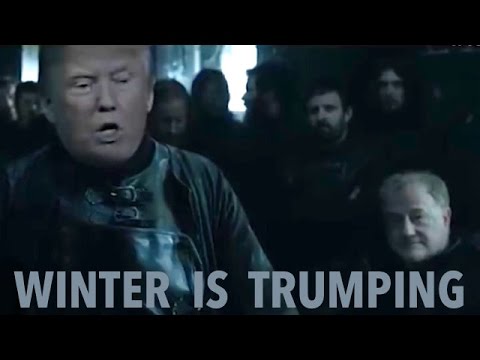 Lets Grow Our Own Food in Singapore!

A fortress against market storms.

A global macro trading blog with an emphasis on human behaviour and reflexivity.

The Case For Concerted Action

Post-Keynesian Ideas For A Crisis That Conventional Remedies Cannot Resolve